In The Conversation today, ACDE debates the setting of minimum ATARs as proposed by the Shadow Education Minister, Tanya Plibersek.

We all want to attract and retain the best teachers and move away from the singular focus on ATAR scores.

Earlier this year, the Mitchell Institute released a report which stated only one in four domestic undergraduate students was admitted to courses based on an ATAR. The report said:

This does not match the message reinforced by schools, families and the media that ATAR is everything.

Many students with average or comparatively low senior secondary results also do well once at university.

In 2014, the Teacher Education Ministerial Advisory Group report, which has underpinned the raft of recent reforms in teacher education, found:

While rankings are clearly a very good predictor of performance in engineering, agriculture and science, the relationship is low for education.

The argument about ATARs ignores the range of selection methods universities use to choose teacher education students with the right mix of academic and personal traits. These include looking at prior experience, interviews or psychometric tests.

It ignores the clearly defined professional teaching standards and the new numeracy and literacy test teaching students must pass before they graduate.

It also strikes at the heart of whether or not we want to provide multiple pathways to attract a diverse cohort to teach in our increasingly diverse classrooms. This includes those from marginalised and disadvantaged groups, such as students from rural or regional areas and Aboriginal and Torres Strait Islander students.

Teacher education students accepted with lower ATARs need to be viewed in context. They may be selected because:

Research does not support the move to mandate ATAR entry scores.

For the full debate go to The Conversation. 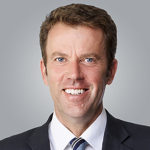